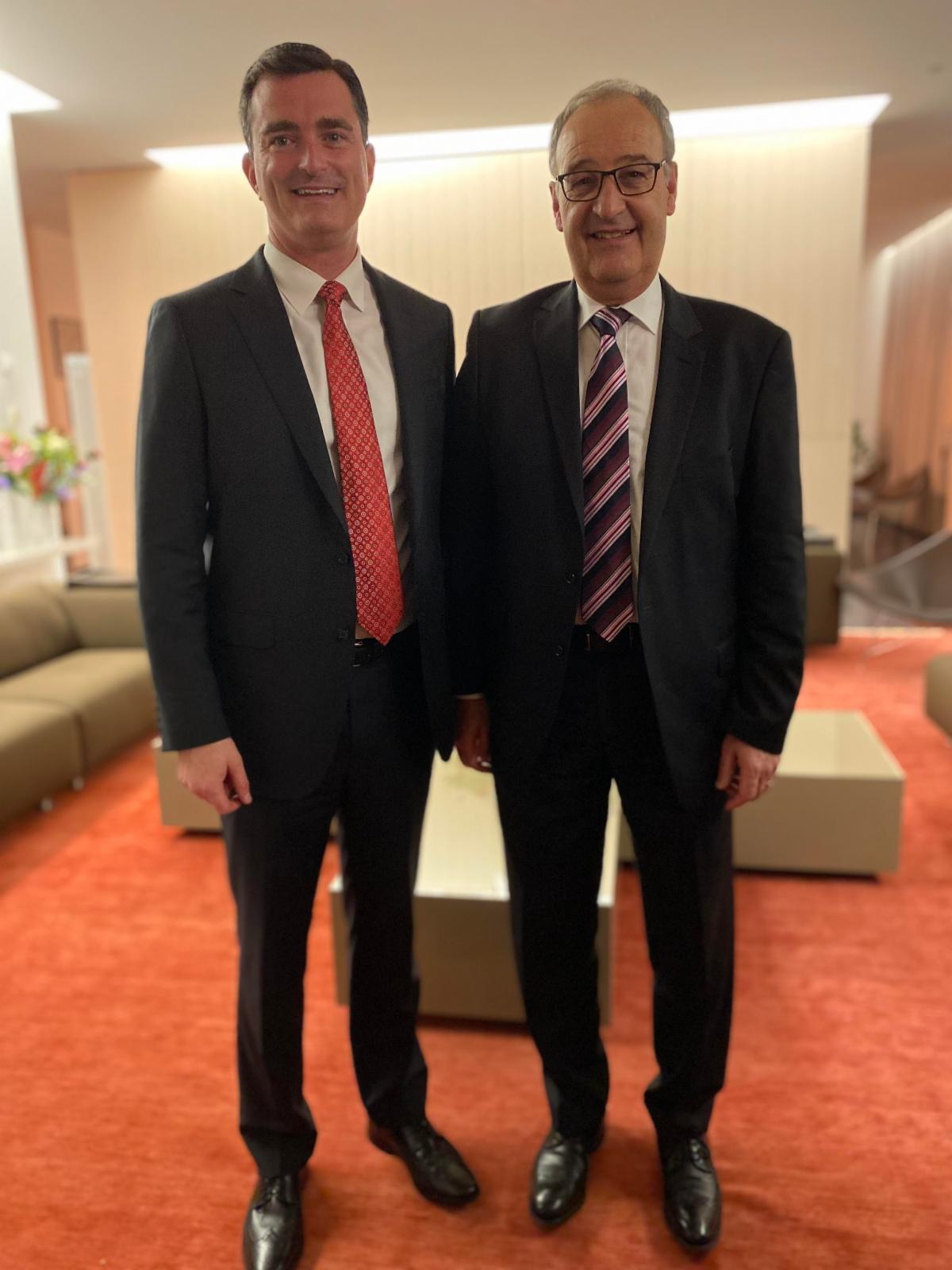 At an event Thursday night at the Swiss Embassy in Washington, D.C., Spartanburg Community College President Dr. Michael Mikota met with the President of Switzerland, Guy Parmelin and Swiss Ambassador to the United States, Jacques Pitteloud, to discuss the potential for expanded apprenticeship programs.

"It was an honor to meet with President Parmelin and Ambassador Pitteloud and share the success we have seen at Spartanburg Community College and the record breaking investment that is occurring throughout our service area," said Dr. Michael Mikota, president of Spartanburg Community College. "For decades, the Swiss have been leaders in developing innovative apprenticeship programs that bring about a significant impact in local communities and their country as a whole. I look forward to working closely with representatives of the Swiss Embassy as well as our local Swiss companies such as Nestle to learn and grow our existing apprenticeship programs."

For more information on the MOU signed between U.S. and Swiss leaders, please visit: https://www.ed.gov/news/press-releases/secretary-cardona-secretary-walsh-swiss-president-parmelin-sign-memorandum-understanding-expand-registered-apprenticeship-programs-united-states