Mikota is Ready to Lead SCC 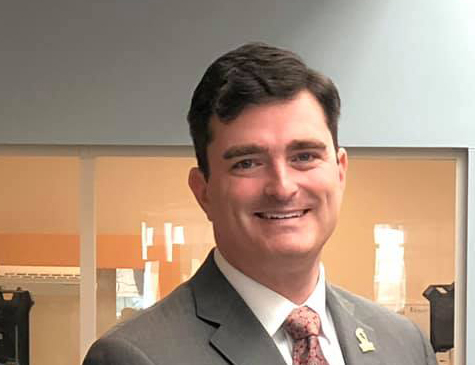 Michael Mikota is happy to be back in the Upstate and is ready to lead Spartanburg Community College into becoming a major player in the growth and development of the region.

Last month, Mikota was selected to become the next president of the community college. His first day on the job will be July 13. Mikota replaces Henry Giles Jr., who announced his retirement in January.

The Gaffney native said he has been back home several times over the years to visit and is excited about coming home.

″(Spartanburg Community College) is in a great position to continue to grow and expand,” he said. “Much like the rest of the region, Spartanburg city, Spartanburg County, Cherokee County, I’d say it’s all prime to take the next step.”

Mikota has been president of Central Carolina Technical College (CCTC) in Sumter since July 2017. He said some of his duties have included opening up the school to economic development opportunities, strengthening connections with local high schools, and working on areas of study. In addition, he has helped to develop a greater sense of community within the college by introducing Central Carolina Technical College’s first mascot and bringing the college together as Titans.

He said he hopes to hit the ground running at Spartanburg Community College, where he’ll be pursuing similar goals.

“I want to have the opportunity for the highest success rate for our students, for their return on investment, and to be a much broader and bigger economic engine for the Upstate region,” Mikota said.

During the late 1990s and early 2000s, Mikota worked for Wachovia Bank working his way up to assistant vice president of business banking. After that, he worked as a staff member at Clemson serving as a Watershed Policy director, an adjunct professor in the College of Engineering and Science and as a lecturer in the Master of Public Administration program.

After his tenure at Clemson, Mikota served as an analyst and senior analyst for the U.S. Government Accountability Office in Washington, D.C., where he conducted numerous audits and assessed programs for the Comptroller General of the United States.

Prior to serving as president of CCTC, Mikota was the executive director of the Santee-Lynches Regional Council of Governments, a regional association of county and city governments in South Carolina that include Clarendon, Kershaw, Lee and Sumter counties and the corresponding cities of Manning, Camden, Bishopville and Sumter.

Mikota said both his local connections and his diverse professional background will be assets to him at Spartanburg Community College.

“The meeting place between what the economy needs and what higher education is producing, it’s not quite there yet. So I’m excited about trying to see what I can do to bridge that gap,” Mikota said.

His return to the Upstate is also personally significant because he said he can’t wait to share the place where he grew up with his family. Mikota and his wife Camila, have 7- and 5-year old daughters Cecilia and Penelope and a 1-year-old son, Henry.

“I’m really excited about showing off different places,” Mikota said. “Taking my family on the Mary Black Rail Trail with their bicycles. And this fall, driving through the Upstate into the Campobello area going to the mountains to look at the beautiful trees.”