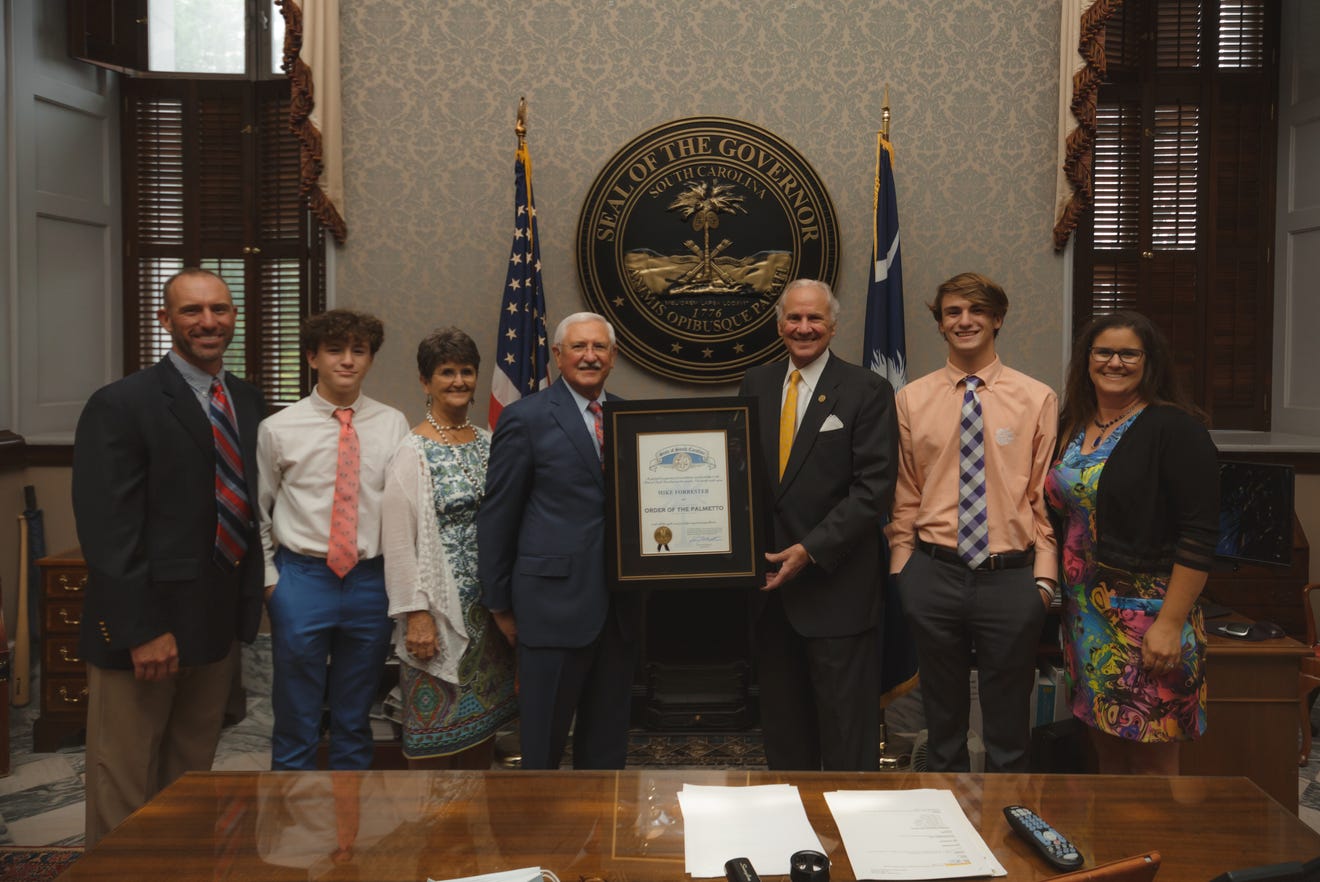 SC Rep. Mike Forrester was presented Order of the Palmetto by Governor McMaster. Forrester's family is shown with him.
Article by: Ashley Dill | Spartanburg Herald-Journal

A U.S. Army Reserve veteran, Forrester has marked much of his public service and professional careers with numerous leadership roles in economic development for The Upstate. Forrester has served as Chairman of the State Board of Education, Chairman of the Spartanburg Area Chamber of Commerce, a Board Member of the State Workforce Investment Board, and he has served in many other organizations to bring quality jobs to South Carolina.